It's almost the end of December already?

The year has surely flown by this time. December is a time to celebrate with friends and family, to gather, to be thankful, and of course; a time to relax.

But, we wouldn't be our usual selves if we let you get such a calm holiday time.

The following below are our patch notes for this month. As usual, please note that these patch notes may not be in their final form, I may have missed something or made a bunch of grammar mistakes.

Patch note revisions will happen over the next few days.

On top of that, there's a limited-time Pania exchange item available in these boxes, which is only available for the event duration.

Similar to the Halloween event, it is a simple collect-and-redeem, lasting until the event conclusion date above.
The main goal is to collect [Winter's Essence], which can be obtained by clearing Volcano or Kairon Nest on any difficulty. The drops are bound, meaning it will link to your character name.

In spirit of the season of giving, please enjoy a bonus rebate on all XC purchases for a limited time!
Purchasing XC can be done by clicking this link: https://infinitynest.net/store

45% Bonus XC on all XC purchases via our website.

Anyone remember Iona Pania Weapons from 2018? Well, as we promised, they're making a return for 2019, but beware! They're only available for the 2019 Winter Fiesta event period.

A relatively new set introduced in official servers, it will be introduced to our server in this December update.
It's a unique-grade set, so you could mix-and-match with other unique-grade cosmetics and also take advantage of the higher stats their set bonuses provide!
Head on over to the XC Shop today to view more.

Appearing along with the re-introduction of Iona Pania Weapons, we're also including a brand new Pania weapon set, available now!

Item Level basically takes all your combined and various pieces of gear together, sums up the value, then divides it accordingly to give you what's called an 'Average Item Level'.

You can view what item level a piece of equipment has in its description. Additionally, your Average item level will be displayed at the top of your Character Profile page.

This enables us to enforce item level requirements in the future for content so we can have a definitive idea as to what gear a player should/will have entering a raid or nest.

The table below shows what item level a certain piece from a equipment set has.

The hitbox now closely matches the explosion graphical effects, and can be iframed now. With RDN around the corner, HC shouldn't be as punishing in general, but this bug has been around for far too long.

We no longer have Saint's Haven Defence available on our server, so having a crafting requirement of SHD coins was useless. We aim to enable SHD once again in early 2020.

December 2019 marks the start of our first few adjustments with PvP in a long time. There are many, many backend changes that would not be noticed during gameplay, so instead we will list out what's most noticeable.

Due to holidays and other time constraints, we've not been able to complete everything we've wanted for the first PvP iteration.
Please note that PvP changes should never be taken as final, we will be making further adjustments starting January of 2020.

First up, all classes' HP values have been adjusted to the following:

Following the HP values adjustments, all classes damage table coefficients have been reduced to 0. In short and simple terms, damage is now directly influenced by hitbox damage values, having a skill at level 1 vs max level will do the exact same damage, as long as the action itself does not change.

Furthermore, Dark Avenger (and other spinoff classes when they're released) can no longer use their transformation ability while PvPing.

All class actions are now split into their very own PvP variants. This means when we adjust balancing for PvE, it will no longer leak over to PvP.

Lastly, all EX skills beyond Lv.50 should now be completely disabled in PvP. If there's a skill that is performing an action it shouldn't be, please let us know in our Discord server in the respective text channel.

Dark Avenger was first adjusted with the dmg bug existing, so certain things still aren't right with it. Since then, the damage bug has been corrected so we are following through with some much needed adjustments.

No one likes getting their class nerfed, I'm sure we all know that, but since her last adjustment, Ice Witch was dealing much higher damage than we anticipated.

To remove the 2nd kick for PVP, it must be removed from PVE too. This cannot be avoided and we apologise for the inconvenience.

While we do want Physician to have the highest personal DPS of the three available healers, Poison Break EX is doing more than we want it to at this point in time.

Please report any bugs with Patch 4.23 you may find in our Discord Server!

Due to some inconsistencies between the test server and the live server, Hacking Stance EX and Cannon Blaster is doing more than intended.

Skills such as Chaser's Mortal Blow should now chain correctly when mashing the skill button during cast instead of canceling the animation and starting over from frame 0. 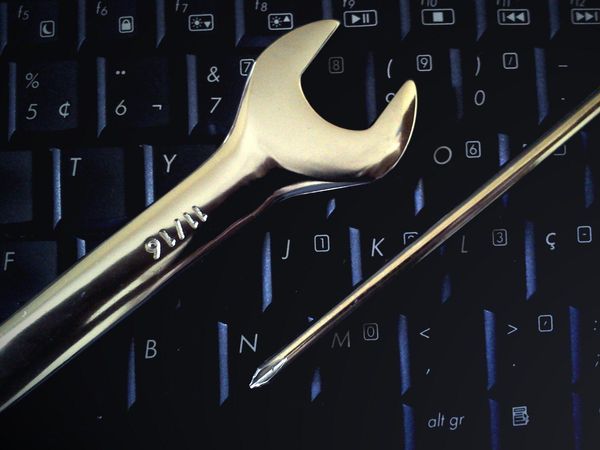 As we start off the new year, we figured it's time to change up and improve the website.

Click here to view the patch notes for Patch 4.21!