Released on the KR version of the game on June 18th 2020, we're happy to be able to bring the experience over to InfinityNest!

Vandar is fully translated, localised in proper English, and we have some custom Lv.80 gear prepared for him.
Also, we love to give classes our own flair, so for the very first time, Vandar will be the only class which will include Dash, CM2 and CM3, and Awakening skills!

The Vandar is an expert swordsman, capable of using his Battlesword and Wristbow to destroy enemies with ease.

Vandar can specialise into either Duelist or Trickster. We recommend checking out the skill preview videos on the character creation, and to check out all the skill descriptions and videos in-game!

We hope you enjoy Vandar as much as we enjoyed testing and implementing him!

Rage of the King

Rage of the King can be accessed in the Garden of Eternity (Lv.80).

The king awoke from his deep slumber. He is back with his menacing look, that can make any adventurer terrified. He is stronger than ever. Bearing his Wrath and Hatred towards humanity, he is ready to slice those that defy his words.

Do you think you can challenge him?

Rage of The King / Cerb EX is our latest custom EX nest after Ummanba's Revenge / Mino EX. And with mechs that you have never seen before, on top of a super aggressive boss, make sure you bring a well-planned comp to challenge him!

As per tradition of our custom contents, Rage of The King/Cerb EX has received a hefty amount of new mechs, and a special case on this one, a new boss model. This new nest will require a lot of teamwork and a good party comp as it'll be our hardest party content available currently available.

You might find it impossible to beat at first, but we trust you guys, you can do it!

The treasure coffer which appears upon completing Rage of the King will not drop any gear.

All loot will be bound to each player. Rolling on loot is not required.

By speaking to Rosalinde in Saint's Haven, players can exchange their Claw of the God for corresponding rewards.

When interacting with Rosalinde, select the [Extreme Nests Shop] option, then switch the tab over to Rage of the King.

Fragment of the King is a special item which allows you to enhance your +5 Draconics into +6!

In celebration of Vandar being released, we'll be having a XC sale!
Purchasing XC during the event period below will grant you +45% bonus XC.

Last month we've released the Rabbit costume for all classes. Since Vandar is brand new, we've also added his variant of the costumes!

What's different this time is that instead of one whole package, we've decided to allow individual purchasing of each piece.
Please check it out by hitting the F11 key while in town!

We don't want Duelist to completely overshadow Gladiator due to feeling a lot smoother, so Gladiator will be receiving some changes in order to help bridge the gap between the two.

These changes are to hopefully address the fact these skills can still bug bosses out.

Light Fury gets a new healing skill, in order to address a larger than intended gap between Saint and Light Fury.

Due to players gearing Randgrid's tank spec as a DPS and using her outside of her intended role, her damage has been decreased. While she was meant to be an offensive tank, she is doing too well. She is a tank first, not a DPS, and is not intended to be used as such.

That's all, folks! If I've missed something (which I most likely did), the patch notes will be updated in the near future.

Enjoy your day, stay safe, and make sure to practise proper social distancing. 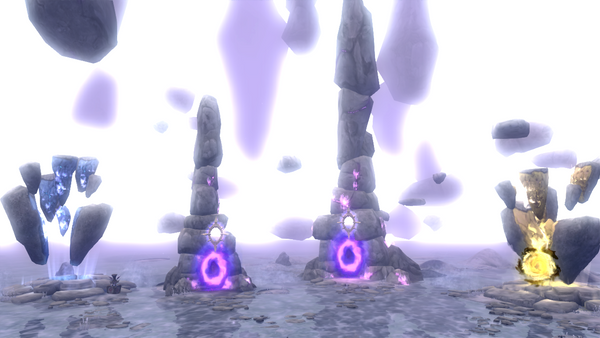 Several class updates, a partial Destroyer rework, and the release of Knightess!