Hello everyone, this patch we're featuring the brand-new Knight specialisation for Warrior, Silver Hunter reworks, the arrival of Fishing and Mileage Shop, among many more changes.

You can use a Class Change scroll to switch over to the desired spec, or if you've already created a new Warrior, simply utilise the Job Changer NPC to complete your advancements.

Another reminder that all classes here on InfinityNest are uniquely tailored to the server, and gameplay is tweaked accordingly.
Classes will not perform like in the official servers.

Channeling a mystic drake to summon dragons into battle, the Mystic Knight relies on the brand new Charge Gauge to bring a new combat style to InfinityNest.

Harnessing the power of his weapons to defeat his enemies, Grand Master also specialises in devastating Weapon Enhanced attacks.

The Knight and all respective specialisations uses the Ego Sword, which is a new weapon type. Ego Swords can be exchanged at the respective NPC Shops, and new Warriors created after the maintenance will have a Beginner Ego Sword available.

Following the Hot Springs grand opening, Fishing is now here! Simply complete the Quest via the Remote Quest tab, and head on over to the Farm and learn the skills you want.

While in the Farm, you will encounter other players, just like in any Town.
During Fishing, there is a low probability to earn Magical Rainbow Fish, which can be traded to Pania for some valuable Community Cores!

The Hot Springs can be accessed via Saint Haven, at the Farm Portal (West Side).

We've included the following items below for sale:

They are available in the "Consumable" and "Mount" tabs, respectively.

The following item exchanges are now available at select NPCs:

Since Ice Dragon has been available for some time, we're now releasing higher Labyrinth floors as we continue to move forward a bit with progression.
Ice Dragon will continue to be the current "endgame" until we have new raids and content in the future.

The following loot is now available as a fixed/weekly limited drop when clearing the instance:

The following loot is now available as a RNG drop each clear, meaning it does not count toward the Weekly Lockout:

This patch completes our PVP adjustments for the Archer class, making it fully playable in PVP! For Cooldown and damage changes, please check them out in-game.
As a reminder, playable classes in PVP are currently Warrior, Archer, Cleric, Kali, Assassin and Vandar.

The class we plan on working on next is the Sorceress class.

We are currently aware of these issues: 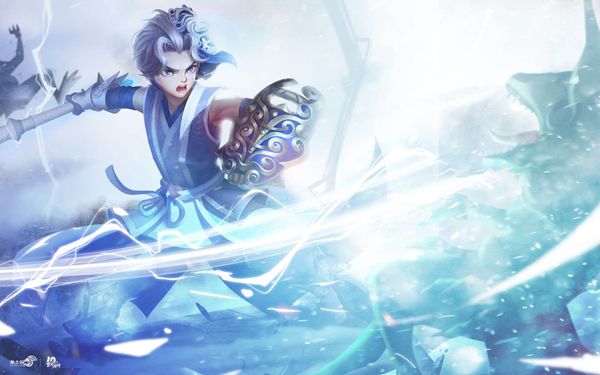