A little bit late, but Happy New Year to everyone! Let's hope 2022 will be a better year for all of us. We're kicking off the start of 2022 with an intermittent patch before the next content cycle is in motion.

A new expansion of Saint Haven is here, and with that, we've merged both Prairie Town and Mana Ridge. Both towns were recreated from the ground up, while trying to maintain the original essence and vision.

Connections are located around the East Gate of Saint Haven, new players now also begin their journey based on their respective starter town section.

The goal of this is to hopefully streamline the new player progression, especially involving the Main Questline, as it will also be easier to meet and see other players at an earlier point of time. There are some rough areas which need ironing out, but we hope you enjoy the expanded Saint Haven.

The following below are several screenshots during Night Time (Server Time 18:00 - 06:00)

We have revised the amount of Daily Points required to purchase various items among other adjustments, as the exchange rates have been out of date with recent patches.

The Monthly Card has been revamped to provide only Infinity Cash (no more items daily), the first time activation/renewal has changed to x25 Infinity Boxes, and the overall pass price has increased. The amount of I.C granted per day has also been increased to reflect the new price change.

If you have an active Monthly Pass sub prior to this update, all scheduled monthly rewards have been sent out, at once. You will receive the rewards immediately based on the amount of days remaining, prior to the maintenance. The Monthly Card will be inactive and you have the option to purchase/renew the revamped pass.

Following the monthly card overhaul, we are introducing a new type of monthly pass available in the I.C Shop. While the Irine's Gift Pass is active, by logging in on any character every day on or past 00:00 Server Time, you will receive the respective item bonuses for that day.

If you log in on weekends, there will be Weekend-Only items which can be acquired.
For full details, please check out the I.C shop listing.
Available in the I.C Shop on the "Passes" page, check it out today!

A new month means a new W/T/D and Pania coupon rotation! Items from the previous rotation won't drop anymore.
The new rotations and adjustments are as follows:

Also known as a "pity" system, this is a brand new system mechanic exclusive to InfinityNest. Only enabled for U-Grades, "fail stacking" is now incorporated into all unique equipment. In this case, it's Ice Dragon Armour, Weapon, and Accessories.

At any enhancement level, each enhancement fail will raise that individual item's Enhance Fever by 10%. The current gauge accumulation is visible on the item tooltip, as long as it's higher than 0%.

Once it reaches max capacity, the next enhance attempt will be a 100% success rate, but at the cost of 5 times (5x) the Gold for reaching that specific enhancement level. The material/item cost will remain the same. After enhancing this way, the fever gauge drops back to 0%.

Similarly to the Gacha Fever, the Gauge will persist even if you stop talking to the Blacksmith, change characters, or even attempt to enhance another day. Progression is saved directly on our servers.

We are currently aware of these issues:

*Item acquisition type and amount are however correct. This is purely a visual problem. 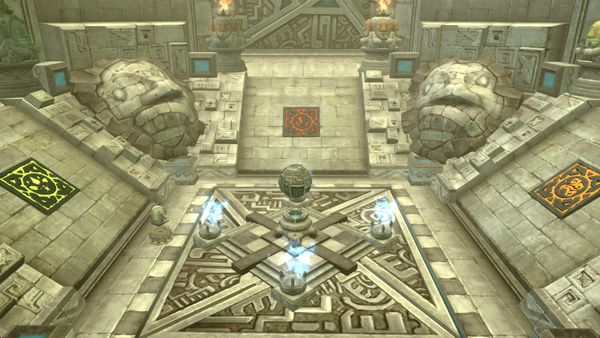