Hello, it's been quite some time since we last patched, with all of us on the team being busy with real life obligations, new game releases, catching covid, among other reasons. With that being said, we're ready to hop back on the ship by now, and we're starting off this patch with some fresh content, new skills and more.

The almighty Titan makes a return this update, featuring loot which will be required to upgrade your heraldries to Unique grade.
Featuring five total bosses, mostly vanilla mechanics with our own twists, this nest is intended for those who have consistently cleared Ice Dragon Nest, and are fully geared.

Do you have what it takes to defeat Titan Maha?

Located at the new "Hard Difficulty" portal in the Garden of Eternity.
Several Unique Vitality jades are also recommended.
Unique heraldries will be required for content arriving post-Titan Nest.

The treasure coffer which appears upon completing Titan Nest will not drop any gear.

Loot quantity will be determined based on the floor cleared.
All loot will be bound to each player. Rolling on loot is not required.

Titan Crystals can be exchanged at the respective shop at Diana in Saint Haven.

We have adjusted relevant price points and rounded up numbers for the I.C Shop, in order to streamline the amount of purchased I.C to Spend ratio, starting this patch
Various prices for other items were also adjusted (not noted below), including a Gacha box price increase (discount amount for higher quantities lowered)

A brand new 150% EXP Scroll has been added to the IC Shop, under the "Progression" tab. Costs Community Cores, which you can obtain for free by trading in Magical Rainbow Goldfishes obtained via the Fishing activity.

Since we weren't able to change the rotation for February, this month will be special: both February and March rotations will be available for the duration of this month.

The new rotations and adjustments are as follows:

The long awaited CC Box revamp is here. With this change, we're making the box grant various Lv90 relevant materials. Note that the box is not in its final stage, and we plan on adding several permanent cosmetics, among other things.

The existing General shop at Pania will be disabled in the next patch or so, final notice to redeem any legacy items which may be sitting in your inventories.

As a reminder (for new or returning players): CC can be obtained via fishing and trading in a Magical Rainbow Fish (Legend rarity) at Pania.

Priced at the usual amount, and available in various themes/flavours.
Check them out in the IC Shop today!

You can either purchase each costume piece individually to mix-and-match to your liking, or buy the entire set in a package for an automatic discount off your purchase!

Here are some preview banners of the new sets:

Weekly tasks are back, complete these tasks each week in order to receive additional material to strengten your characters and progress even further!

As a reminder, Weekly Tasks progression are shared across all characters on your account.

PVP adjustments for the Black Mara class are complete! For damage and cooldown changes, please check them out in-game. The class we plan on balancing next is the Lencea class. 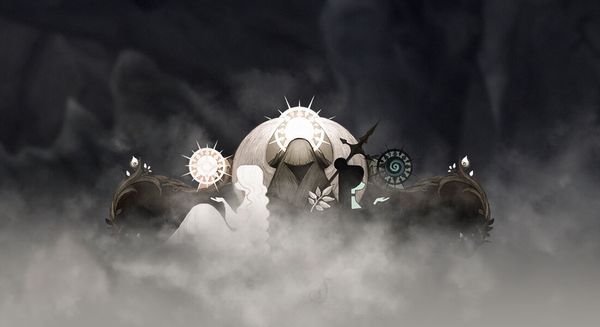