Changes with the ‘✨’ icon in front of them are changes or additions suggested by the community via our survey. We're working hard on including more community-requested changes over time.

If you want to stay up to date on the game or give us feedback feel free to join the discord at https://discord.gg/qA9UQWY

Patch notes are still rough and there may be some confusing bits, we will edit the notes over the next day. If there are newly developed issues or oversights introduced in this patch, we will hotfix them as soon as we can.

A new solo challenge has arrived! This challenge is designed to push you to the limits with the new gear acquired from Frozen Archbishop Nest.

Those that beat Vaseraga will have access to the +15 enchant for their Ice Dragon Unique armour that's been in the files for so long.

Think you've got what it takes to bring down Vaseraga?

❗
Vaseraga is designed to be defeated when you have upgraded to L Grades. An significant challenge awaits you if you decide to fight him early on.

The treasure coffer which appears upon completing each respective boss will not drop any gear.

Loot quantity will be determined based on the floor cleared.

Unlike BoTE, there are zero repeatable drops for this instance.

Curse of the Frost Tree: Archbishop

This nest has been designed with a maximum of 2 players in mind, it's a fresh take on the final boss of Archbishop Nest that you all know and love (or maybe even hate!)

You can earn Legendary items here to upgrade your existing Ice Dragon Unique accessories to the new tier of L-grade Frost accessories!

The treasure coffer which appears upon completing the instance will not drop any gear.

Loot will be determined based on the floor cleared.

This classic and forgotten nest has been repurposed for solo progression.

The final boss is slightly customized but not overwhelmingly so, this way it's even friendly for new players just starting the game, or who can't find parties! Every Labyrinth level will have new or increased rewards scaling with the previous level.

On Lab 9 and above, you can even earn Brinhild materials, try it out!

💡
This is just the first instance of our series of Solo content releases. Stay tuned for more!

The treasure coffer which appears upon completing the instance will not drop any gear.

Loot quantity and RNG will be determined based on the floor cleared.

For those who have stuck with us for a while, you'll recognize our "new" town hub called "Infinity Island"!
This hub was made back in 80 cap and has some nostalgia factor tied in for us on the staff team, as well as some older players.

This hub is much more condensed than Saint's Haven, and has all our custom NPCs required for our custom progression, as well as the portals to go along with it!

We hope you enjoy this new hub, as we will progressively improve upon it over time.
You can access Infinity Island through a portal in Saint's Haven near the market NPC.

💡
If you need to access Red Lotus Palace or Saint Haven, speak with the Ticket NPC in Infinity Island. Afterward, take the giant return portal as shown below.

For a limited time, enjoy a bonus rebate on all I.C purchases.
Purchasing I.C can be done by clicking this link: https://infinitynest.net/store

25% Bonus IC on all I.C purchases via our website.

Hero Skills are back, and this time with a few requirements: You must be over Hero Level 200, and you must clear Black Blade Vaseraga.

And this is unlike the previous version of Hero Skill where you charge the gauge with your Ultimate Skills. This time around, we are using 2nd Awakening Skills.

Don't rush this, you're not really meant to clear Vaseraga until you get your L grades.

💡
Once you finish the Hero Skills Questline, Vaseraga will appear himself in Town as a NPC, and he will have an exchange shop for your Black Blade Fragments.

Spirit Points are a brand new kind of point currency, used exclusively at Diana to exchange for Growth Spirits.

Spirit Points are farmable by completing Rhadames dungeons. The portal is located inside Merca's Heart, as shown below.

The higher difficulty you clear Rhadames dungeons, the more Spirit Points will drop.

The following changes are applied this update:

We are phasing out Ice Dragon, so all Ice Dragon Shops now charge gold for their material now.

This is an Item that allows you to storage items that are normally non-storageable, such as gear pieces.

You can purchase these tickets in the IC Shop. Tickets are consumed each time you place a piece of gear in the Special Server Storage.

For those of you unfamiliar with the "Evolution Hammer" system, allow us to briefly explain!

Simply unequip your current Ice Dragon Unique accessory (must be +8), take the Jade out (don't worry, the game won't let you even try with a Jade in), and then right click the Hammer you wish to use.

Please note that items being converted with an Evolution Hammer are PERMANENTLY destroyed in order to upgrade to the next tier.

We will not provide assistance if you pick the wrong item, so please choose very carefully!

These new costumes are at a massive discount, and available in various themes/flavours.
This discount only lasts until the February 2023 update, so grab your set today.
Check them out in the I.C Shop!

Here are some preview banners of the new sets:

Infinity Boxes have finally been reworked! We know you guys have been waiting for some time now, and we apologise it took so long.

The Boxes now have a much better loot pool, and we're back to having a Monthly Pania Coupon rotation. Purchase them in the IC Shop today!

From now until February 1st, the following Pania Coupons can be obtained by chance:

💡
The Pania coupons can be sealed and traded by using a Seal Stamp from the IC Shop. Purchase it using CC!

Here are the possible item pool as of this patch:

While the bug is still not fixed, with this animation change, it should minimalized the effect of the bug

We are aware of the following issues: 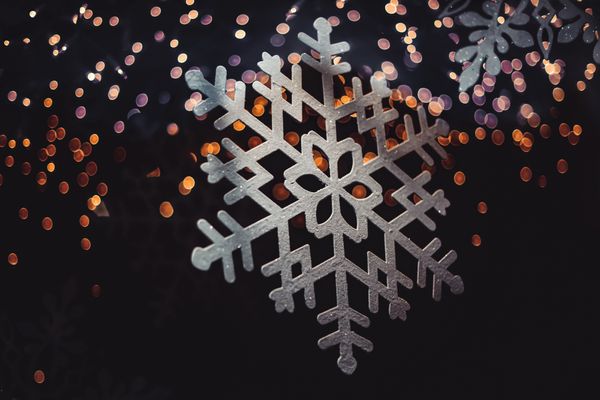 Enjoy an I.C Rebate on us!